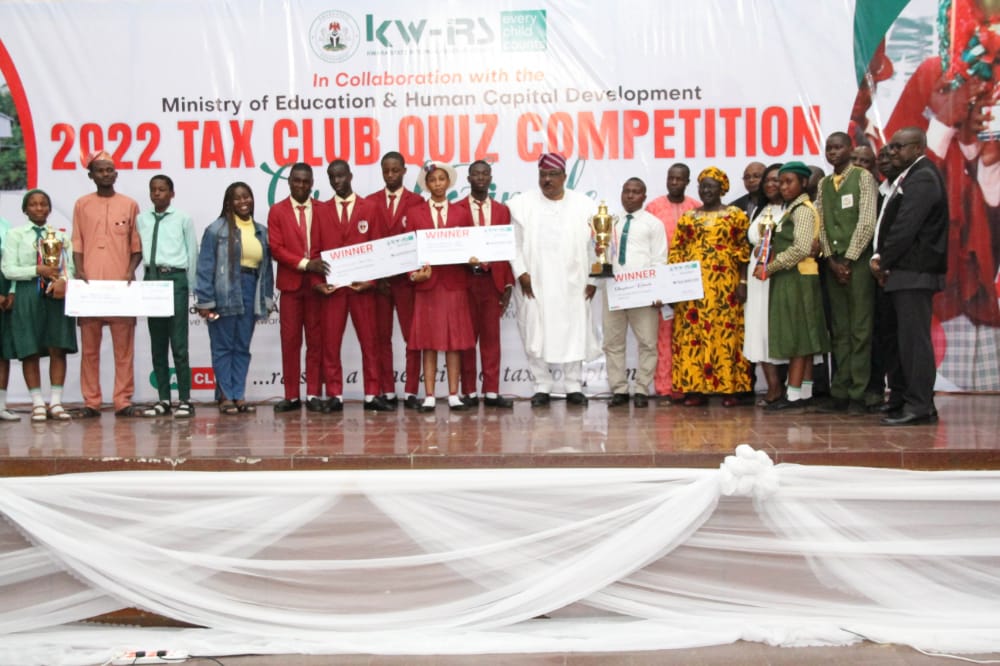 The Kwara State Internal Revenue Service (KW- IRS), Tax Club Quiz Competition for the year 2022, organized for all Secondary Schools in Kwara State in collaboration with the Ministry of Education and Human Capital Development was brought to an end, today, for the year, with Eucharistic Heart of Jesus Model College, Ilorin emerging the overall winner of the grand prize of N2,500,000.00 (Two Million, Five Hundred Thousand Naira only), having defeated five other schools that made it to the final stage of the competition from the Kwara North, South and Central Senatorial Districts of the State.

The annual tax educative event for this year was held on Wednesday 3rd November 2022 at the Kwara State Banquet, Hall, Ilorin.

Giving his address at the event, the Executive Governor of Kwara State, Mallam Abdulrahman Abdulrazaq, ably represented by the Deputy Governor, Mr. Kayode Alabi appreciated all participating schools and the KW-IRS for putting up another excellent edition of the Tax Club Quiz Competition.

He noted that taxation is key to the development of any economy and everyone needs to be involved.
“The issue of taxation is what all of us should be thinking because we can only be in the category of a tax administrator or tax practitioner or taxpayer,” said Mr. Alabi.

Omoniyi stated that the purpose of the Tax Club Quiz Competition is to nurture a generation of tax-compliant citizens and create robust taxation awareness in the growing population and at various stages.

Shade Omoniyi expressed her appreciation to the Executive Governor of Kwara State, Mallam Abdulrahman Abdulrazaq for his commitment to the development of the education sector of the State and congratulated him on his various landmark achievements across all spheres of the economy of the State since the commencement of his administration.

She also commended the organizing committee, the KW-IRS Tax Club Advocacy Committee, and the principal partner, the Kwara State Ministry of Education and Human Capital Development for their efforts, drive of taxation orientation, and ensuring yet a successful competition for the year 2022.

She congratulated all schools that expressed interest in the competition, noting that all participants are winners and should accommodate one other.

Shade Omoniyi charged students to share the knowledge, information and experience gathered in the tax competition, embrace the love of one another and contribute their quota to the economic growth of Kwara State.

She stated that KW-IRS is committed to the growth of tax-compliant Kwarans and will not relent in ensuring the realization of voluntary tax-compliant citizens as it is the only remedy to a steady and rapid economic growth of the society, especially with the continuous dwindling of the Federal allocation.

The Permanent Secretary, Kwara State Ministry of Education and Human Capital Development, Mrs. Mary Kemi Adeosun in her remarks, expressed her gratitude to the Executive Governor of Kwara State, Mallam Abdulrahman Abdulrazaq for reviving the dilapidated education sector of the State with numerous developmental structures and projects.

She also lauded the wonderful initiative of the KW-IRS for conceiving and delivering an intellectual project as the tax club quiz competition, describing the project as timely, vital, and best for the mental development of students and growing the economy.

Mrs. Adeosun while pledging the continuous support of the Ministry to the project, said the Ministry as an educational agency is delighted with the gradual growth of the tax club in schools in the State; adding that the initiative will not only develop the tax knowledge of the students but prepare them for the stability of the State’s economy in the nearest future.

The convener of the 2022 KW-IRS Tax Club Quiz Competition, Titilayomi Ogunwale, who also doubles as the Head of Corporate Affairs, KW-IRS, provided updates on the journey so far as it relates to the preliminary rounds of the competition taken around the three senatorial districts of the State, up till the Grand Finale. She recounted the improvement in the expression of interest of schools in the tax quiz competition.

She stated that payment of all prizes of N2.5million, N1.5million, and N1Million for the schools’ category in the 1st, 2nd, and 3rd positions for the year 2021 edition had been made to concerned schools, (Stepping Stone Secondary School, Ilorin, Eucharistic Heart of Jesus Model College Ilorin and Government Secondary School, Ilesha Baruba) for various proposed school projects.

Titilayomi added that coordinating teachers of the winning schools for the year 2021 had also been paid their prizes and students that participated in winning prizes for their various schools and had communicated notices of admission into higher institutions of learning had received their cash prizes to support their educational pursuits.

She further added that the Service ensures prizes to schools, students, and teachers who win in different categories are given as and when due; with adequate supervision of funds given for school projects to ensure judicious use.

The Director, Income Tax, KW-IRS, Mohammed Usman in his closing remarks expressed his profound appreciation to all guests and participating schools and those who have contributed to the success of the event.

KW-IRS Will Not Be Distracted: Management 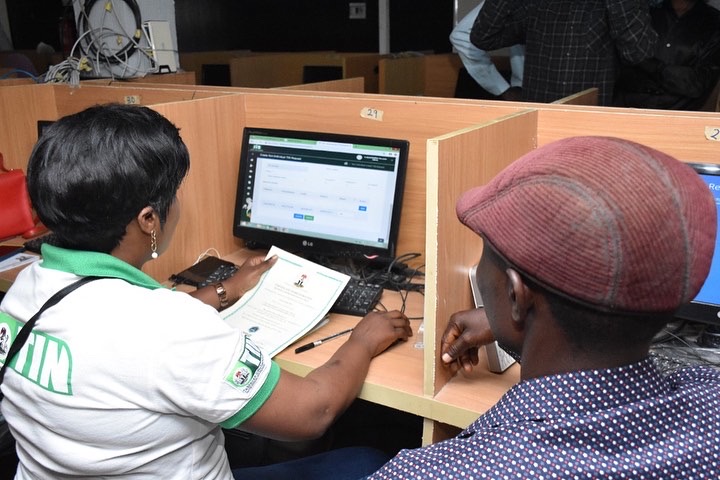