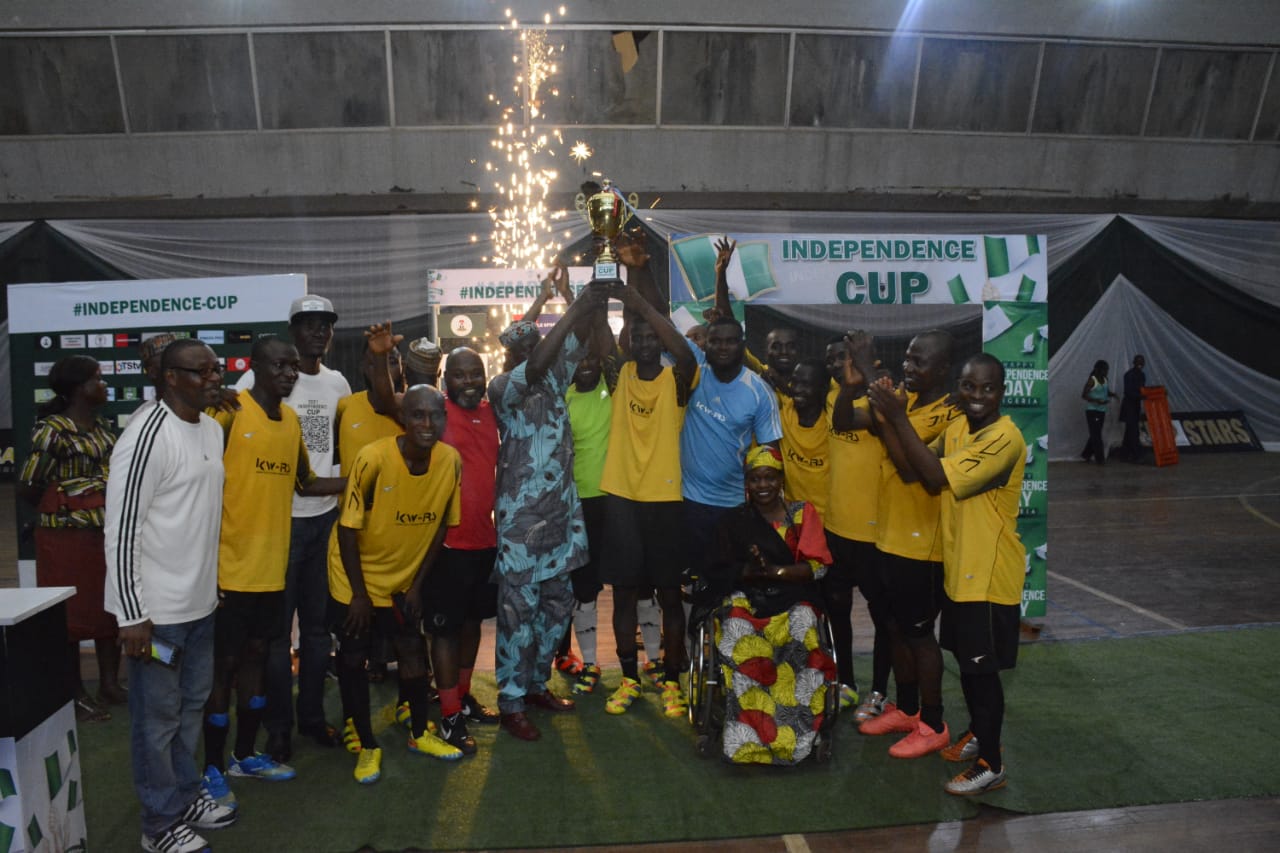 The revenue collectors displayed unpaired skills and mastery of the game from the preliminary stages of the competition with two convincing wins and a draw against the rugged SWAN, Kwara INEC, and Kwara PRO teams respectively to earn a spot at the final stage.

The match witnessed a slow start for the revenue collectors as their opponent dominated the encounter, netted twice in the first half with the hope of sealing off the final.

However,the KW-IRS football Team came back into the game in the second half with more zeal to win the championship cup and fired in four goals to edge out its opponent and claimed the trophy in grand style.

Similarly, Shade Olanipekun, and Nurudeen Opeyemi, members of the KW-IRS table tennis team emerged winners in the newly introduced table tennis game of this year’s edition of the Independence Cup.

The Executive Chairman, KW-IRS, Shade Omoniyi, who was ably represented by the Director, Legal & Compliance, KW-IRS, Shehu Mogaji Abdullahi,Esq, congratulated the KW-IRS team for the victory, and show of class and spirit of sportsmanship throughout the stages of the competition.

Omoniyi,through her representative, noted that the victory is remarkable and a double celebration for the Service,coming same day she marks her 2nd year in office as Executive Chairman, KW-IRS,adding that KW-IRS has again, shown competence,character and statement, even in the sports circle in Kwara State having exhibited excellence and grit by grasping the Independence trophy twice in a row and another ribbon from the newly introduced table tennis game.

The organizer of the championship, Freestyle Sports Limited, Shogo Shodunke and Kwara Sports Commission were appreciated for the initiative, describing the competition as a great way to celebrate the Independence anniversary of Nigeria.

Highlights of the championship finals held at the Kwara State Indoor Sports Hall, Ilorin include the presentation of trophies and prizes to winners, entertainment, and group photographs.