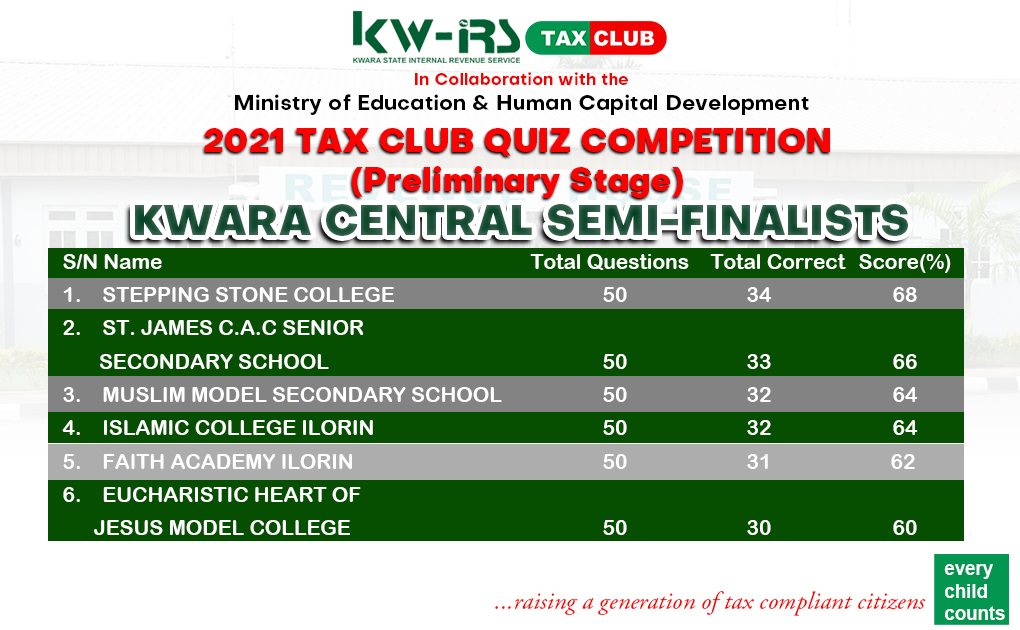 The Preliminary stages of the 2021 KW-IRS Tax Club Quiz Competition, conducted across the State between 5th and 12th July 2021 are completed.

A total number of (18) Eighteen schools made it to the semi-final stage out of the One Hundred and Forty-Two (142) schools that registered for the competition.

In November, the (18) Eighteen Semi-Finalists will compete to produce winners in the 1st, 2nd and 3rd positions from the three (3) Senatorial Districts to conclude the activities of the 2021 Tax Club Quiz competition.

The scorecards of schools that made it to the SEMI-FINALS as  communicated after the exercise are as below: