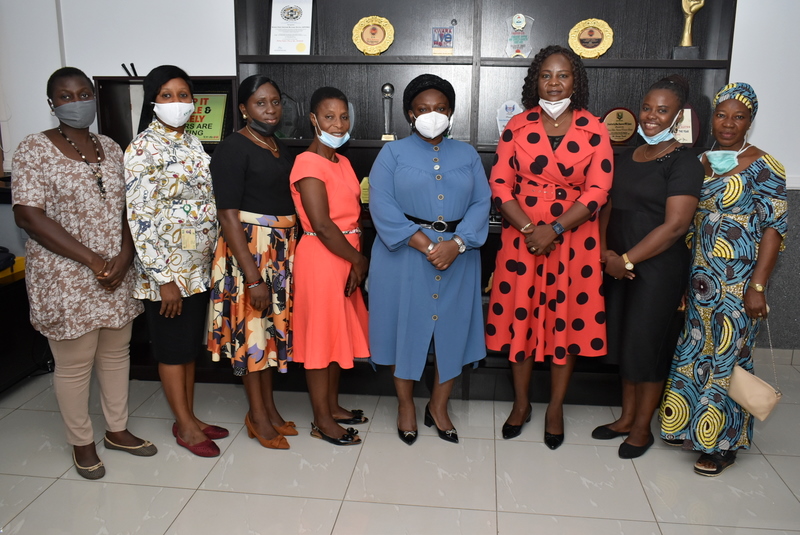 The Executive Chairman, KW-IRS Shade Omoniyi, in her welcome remarks, congratulated the new chairperson and expressed her utmost pleasure in her emergence as the National chairperson.

Omoniyi stated, that the emergence of an indigene of Kwara as the National Chairperson of SWIT, again, puts the State among the comity of States, adding that, the Service will continue to give all support needed towards the success of her administration.‘This is our tenure, we are in this together and I will give the most required support within my capacity’, KW-IRS boss stated.

In her own remarks, Dr. Mrs Biola Adimula, Esq., noted that, the visit was the first to any organisation or individual since she assumed office as the National chair in May,2021 and she deemed it fit to pay the courtesy call on KW-IRS to appreciate all supports received in the past and discuss ways to using her new office to further improve revenue drive and collection for the State.

Adimula disclosed that, she became the 4th National Chairperson by the virtue of the election held in Kaduna on the 18th of May, 2021. “I am more particularly elated because I am the first elected National Chair in and from Kwara State and it is interesting to note that my investiture will also be held in Kwara,the first time ever when investiture ceremony of SWIT is taken outside the FCT”.

“I am also looking forward to more collaboration in areas of change management initiatives, advocacy and sensitization on Taxation in Kwara State. “Since the day elected, I have been in touch with the Chairman, Federal Inland Revenue Service, (FIRS) on how best FIRS can work with SWIT at the State level to ensure all due to the State, comes to the State and this I believe will bring about improved compliance which in turn will lead to an increased Internally Generated Revenue for the State”said Adimula.

A letter of appreciation was presented to the Executive Chairman, KW-IRS, Shade Omoniyi for her support in the last Tax debate of the Society held in Kwara and also for the sponsor of SWIT members to the last Annual Tax Conference.

The meeting had in attendance other members of the society and the Local Organizing Committee for the investiture ceremony slated to hold in Ilorin, on  the 24th of July, 2021.