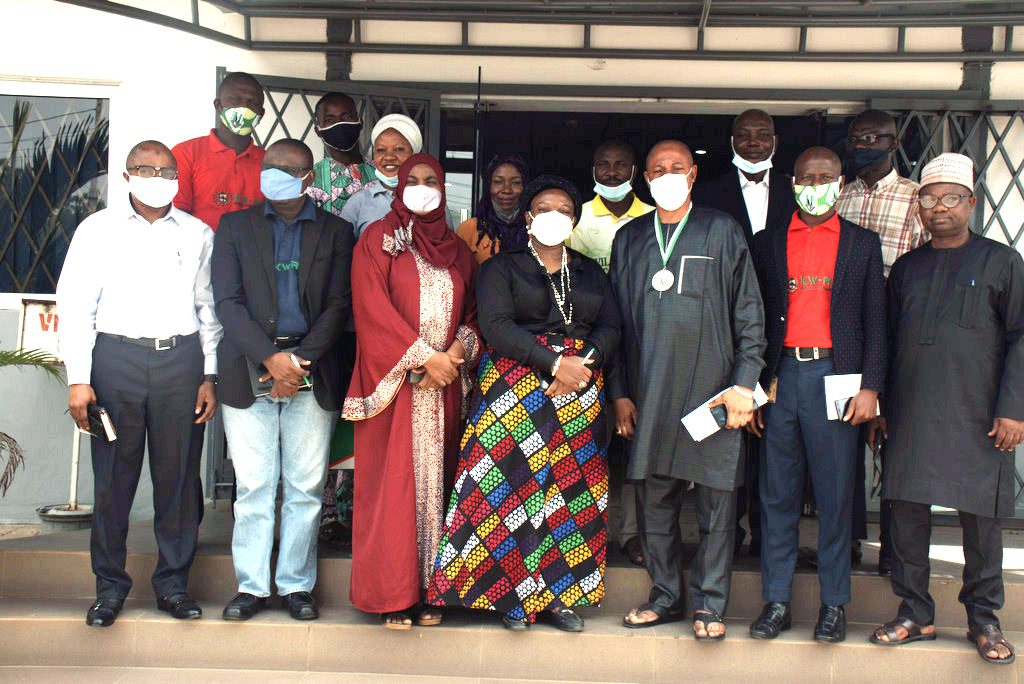 The special award of excellence was formally presented to the Executive Chairman at the KW-IRS Corporate Head Office, Ilorin, by members of the CITN Ilorin and District Society.

Addressing the KW-IRS Executive Chairman during the presentation, the District’s newly appointed Chairman, Hon. Abdullahi Taiwo Abdulrasheed, while expressing his appreciation to the Service for its immense support and to his predecessors, the District as a whole, and also the Institute’s headquarters in Lagos State also prayed for success for both the Executive Chairman and the Service in its onerous task of revenue generation for the strategic development of the State.

The new CITN boss also conveyed his desire to have KW-IRS continual contribution and partnership on various programmes of the Institute including its Annual Tax Week, Mandatory Professional Training Programme (MPTP), Annual Tax Conference, and CITN Tax Academy, among others.

Hon. Abdulrasheed revealed that the Tax Academy, which had begun operation from an allocated office at the Kwara State University, Malete, Contact Centre, is set up for the training of would-be tax practitioners as several courses are already available for study in various aspects of taxation.

He noted that the KW-IRS had been at the forefront in facilitating the take-off of the Academy by liaising with the Kwara State Government and therefore urged that the Service to be the first to take advantage of the available programmes designed to enhance its staff.

The KW-IRS Executive Chairman, Shade Omoniyi expressed her delight while receiving the CITN guests, congratulated the new executive members and prayed for a successful tenure filled with landmark achievements.

She applauded the gender-friendly stance of the District as two of the newly appointed executives were female. She noted that the long-standing partnership between the two organizations remains worthy of being further nurtured and even sustained beyond the current status.

She assured that the KW-IRS will play major role in the forthcoming Annual Tax Conference scheduled to hold in May 2021 as usual in-spite of the limited resources either through physical means or virtually.

Shade Omoniyi re-emphasized her gratitude for the symbiotic relationship between the CITN and the KW-IRS over the years while hoping that the Institute continues to keep the Service abreast of valuable tax-related issues capable of improving the state’s IGR.