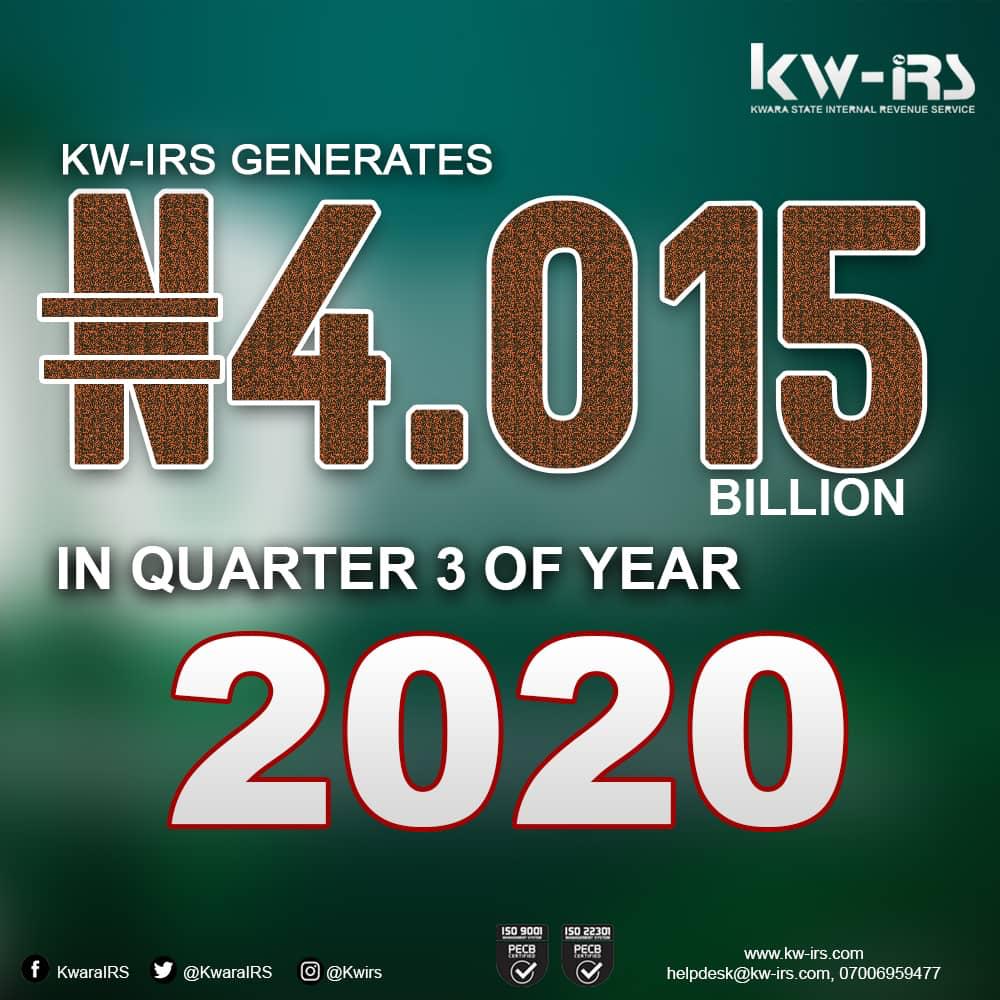 The breakdown of revenue generated within the three (3) months of Q3 (July, August, and September 2020) is highlighted as follows:

Recall the Service raked in N7.2billion and N2.1billion in Q1 and Q2 of 2020 respectively.

The Q3 revenue achievement is an increase of about 87%, compared with figures recorded in Q2 of the year and this is as a result of the ease of lockdown and resumption of business activities across the spheres of the economy of the State.

The Service has introduced harmonized bills for Taxpayers as relevant to respective taxpayers, where various revenue items accruable to the MDAs across the State are consolidated and served. The harmonized bills avail taxpayers their total revenue and tax obligations to the State, streamline interaction of revenue authorities with taxpayers in the State, give room for adequate data capturing, payment narration and receipting of all payments made.

Furthermore, in its bid to ease Tax Payment and ensure continued blockage of all forms of revenue leakages, the Kwara State Internal Revenue Service (KW-IRS) provided seamless Online Payment Platforms as opposed to direct cash lodgments into the IGR accounts of the State. The links to the online payment platforms are available on the KW-IRS official website  (irs.kw.gov.ng) and on all its social media platforms.

The Service remains focused in the drive of its sole responsibility of Mobilizing Revenue for the Strategic Development of Kwara State, with all efforts geared towards consolidating its performance in the last quarter of the year, as schools and other major economic activities in the State resume fully. This is as the government continues to do its best to stopping all forms of criminalities and unrest in the State capital caused by hoodlums who hid under the #EndSARS protests to perpetrate crimes all across the nation.