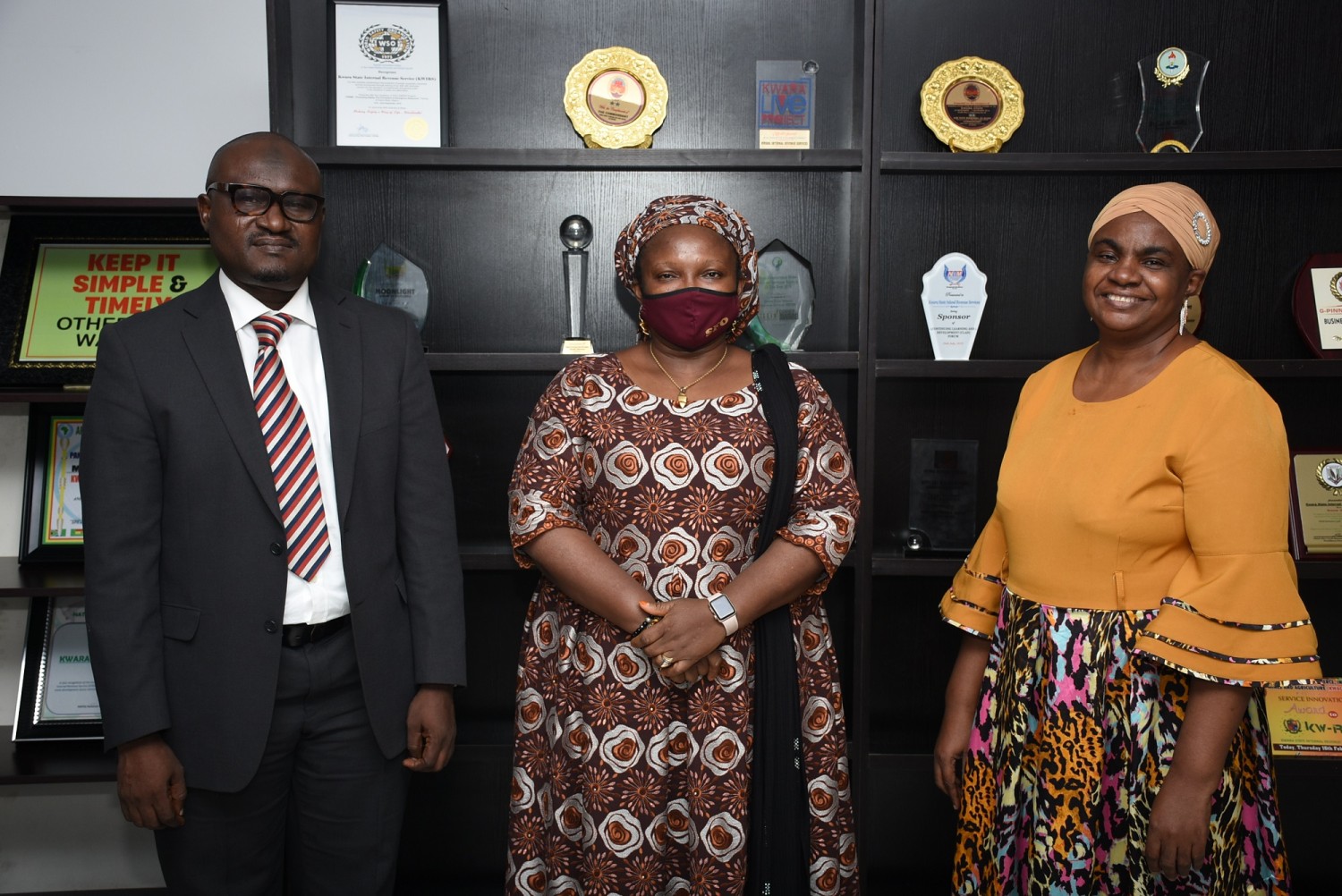 Omolara Mulikat Ojulari is a seasoned Revenue Administrator. She holds B.Sc. in Actuarial Science at the University of Lagos and M.Sc. Accounting and Finance at the London Southbank University, United Kingdom. She is an Associate of Chartered and Certified Accountants (England and Wales), Associate Member, Institute of Chartered Accountants of Nigeria (ICAN) and Associate member, Chartered Institute of Taxation, Nigeria (CITN).

Omolara Ojulari has a short stint in the banking industry between 1992 and 1995 and was a Senior Accountant, London Academy for High Education from 2005 to 2010. Between 2010 and 2016, she was a research fellow II/Lecturer II at the Kwara State University, Malete and later joined Kwara State Internal Revenue Service in the year 2016 as a Principal Manager at the Directorate of Ministries, Departments and Agencies (MDAs), where she headed Property Tax and later got promoted to the grade of Assistant Director to function as head MDAs and also Property Tax from 2017 to 2018.

She was the Head, Internal Audit department between 2018 and 2019 and until her appointment, the Acting Head, Accounts and Finance Directorate.

With the appointment of Mrs Omolara Ojualari as a full director of KW-IRS, she is to serve as Director, Account and Finance Directorate.

She is an indigene of Kwara State, born in Lagos on the 14th of November, 1965 and married.

Olatunji Ahmed Balogun. Before his appointment as a director of the Kwara State Internal Revenue Service, he was the Executive Director, Business Development, Bolbod Oil and Gas Limited. He is a Chartered Accountant and holds B.Sc., M.Sc. and MBA in Economics and Finance at the Ahmadu Bello University, University of Lagos and University of Ilorin respectively.

Olatunji Balogun has over 20years working experience that cuts across Banking, Financial Consultancy, Audit and Oil and Gas. He had professional courses at Lagos Business School on Advanced Financial Analysis and Valuation Modeling and other courses from recognized consulting firms. He has exceptional focus and follow through abilities with records of efficiency, productivity and in-depth knowledge of banking operations, Service Quality Management, Relationship Management, Credit and Risk Management.

Olatunji Balogun was a Sub- Committee Chairman, Finance of the inauguration of the Executive Governor of Kwara State and equally served on the Committee on the review of Sales of Kwara State government assets.

He is an indigene of Kwara State, born on the 27th February, 1967 and married.