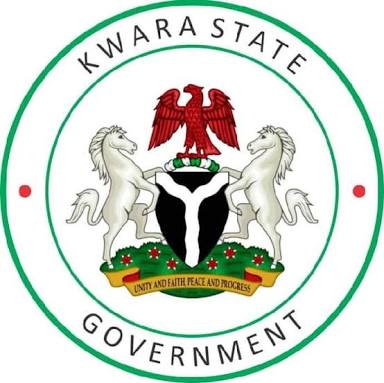 • You’ve our support, say Ulamah Council, CAN, others
• Restates ban on concerts

Kwara State Government on Friday announced the cancellation of Eid-ul-adha congregational prayers across the state, citing the steep rise in the state’s Covid-19 cases and the danger of such a large gathering worsening the situation.

The government also announced a ban on vigils in churches and mosques while restating the ban on concert, clubbing, beer parlour, and bar in hotels.

Kayode Alabi, Deputy Governor and Chairman of the Kwara State Technical Committee on COVID-19, told a news briefing in Ilorin, the capital city, that the decision to cancel the Eid prayers was a painful but necessary one to save lives.

He said the government is setting up a task force to enforce all the new directives, including new guidelines on transport unions and market associations.

The Kwara State shopping mall (Shoprite), the Amusement Park, markets, and University of Ilorin Zoological Garden are to close down on Eid Day and the day after Eid, according to the Deputy Governor.

The Imam Imale re-echoed the worries of the state government and called on the people to abide by the directives on Eid and other decisions that had been taken following consultations with various stakeholders, including the Council of Ulamah.

“The government has our full support accordingly and we urge our people to abide by the directives,” Sheikh AbdulHameed said.

Pastor Popoola, for his part, expressed the support of the CAN for the government’s directives, including the one on vigil, adding that those decisions had been taken to save human lives.

Egbetokun said the security agencies would enforce the directives, urging residents of the state to comply.

“It is really not about arrest. This is about human lives. All of us have a role to play in enforcing the directives and combat this pandemic. I want to state however that we will not hesitate to arrest and prosecute violators,” he said.

The below is the full text of the address:

In the past few days, the Kwara State Government has held meetings with different stakeholders in the state on the way forward in our collective fight against the COVID-19 pandemic. The engagements, which are a continuation of what we were always doing, were necessitated by the spike in COVID-19 cases in the state and of course the upcoming Ileya festival which is a special period for our people. As it stands today, Kwara has 707 confirmed cases, out of which 449 are active. We have successfully managed and discharged 244 patients to rejoin their families. And just yesterday, we lost another patient. That brings to 15 the number of casualties from the pandemic in our state. May God rest the souls of the departed ones and comfort their families.

A. Because of the huge numbers that are expected to gather for the special Eid prayers and the possibility of such gatherings leading to spike in our cases and potential deaths, the government, in consultation with the Council of Ulamah under His Royal Highness the Emir of Ilorin Dr Ibrahim Sulu-Gambari, hereby cancels congregational Eid prayers for 2020 across the whole state. This is a tough decision but it was made in the interest of all of us.

B. There will be Friday prayers as have been restored but in strict compliance with the rules of physical distancing and the use of face mask

C. The Kwara Mall (ShopRite), the Amusement Park, all shops and markets are to be shut on the Eid Day and the day after it. The Unilorin Zoological Garden should also be closed for those two days.

D. Following consultation with the leadership of the Christian Association of Nigeria, the government hereby announces the suspension of vigils until further notice. Church services should also not exceed 2 hours with full compliance with the safety measures in place.

F. Guests at any wedding programme or reception must not exceed 50 (persons) at one time.

G. Following consultations with the leadership of the transport unions, government hereby directs that Okada riders can only carry one person at one time. Taxi or cab drivers are to carry one person in front and maximum of two at the back at any particular time. The drivers and the passengers must wear their face mask appropriately. Defaulters will be arrested and prosecuted, and, on conviction, be punished.

H. The government has equally agreed with the leadership of markets in the state that it is an offence for any marketer or business owner to not wear face masks appropriately or transact business with anyone who does not wear face masks appropriately. Each market or business concern is to provide sanitisers and hand washing bay at the entrance of their markets/offices. The government repeats however that markets are to be shut on the day of Eid and the day after it for safety reasons.

I. A government’s task force will be on ground to enforce these rules as well as the compulsory use of face mask which incidentally becomes operational on the Eid Day July 31st, 2020.

J. Mobile courts will be on ground to try any offenders after which convicts would face appropriate sanctions to be determined by the court.

K. The government wishes everyone a blessed Eid-ul-Kabir in advance, and urges total compliance with the safety protocols that have been spelt out above. On behalf of His Excellency the Governor of Kwara State AbdulRahman AbdulRazaq, we appreciate and commend all our frontline workers for their priceless commitment to save lives at this time of global health emergency. We are grateful to our religious, community, and labour leaders. We commend our security agencies for their wonderful job and we urge for more support. Thank you and God bless you.