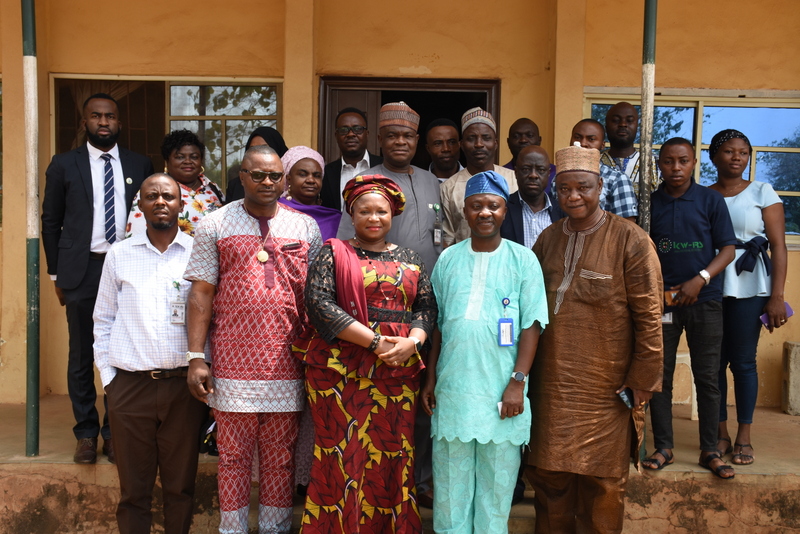 The Kwara State Internal Revenue Service (KW-IRS), in its trip to some esteemed taxpayers in Offa, made a stop at Kwara State College of Health Technology on Wednesday, 4th March 2020.

Alhaji Aliyu, while welcoming the guests, noted that the college was compliant in terms of tax payment and anticipated a better working relationship with the Service.

He furthermore bemoaned the institution’s plight, stating that since they received no subvention from the government, education was more or less a social service for the college.

In her response, the KW-IRS Executive Chairman reiterated that since there was an existing good relationship, the focus now was to move their synergy to the next level.

She asserted that KW-IRS was in the position and equally has the intention of assisting them in boosting the college’s revenue generation since such collaborative effort will culminate in higher collection for KW-IRS.

Also, Mrs. Omoniyi appealed that more support should be given to the Head of Institutions, Mr. Ayodeji Koledade.

While lamenting how under-deduction and under-remittance have negatively affected Kwara State’s internal generation of revenue, she implored the management of the health technology college to curb this if it exists within the system.

She also stated that to facilitate the revenue collection process, KW-IRS’ services have been brought closer to taxpayers. Unlike before when only one officer was responsible for both Offa and Oyun local governments, there is now a new area office solely for Offa.

The Executive Chairman indicated that the area coordinator, Mr. Femi Oguntokun would be working closely with them to ensure seamless tax administration.

Mr. Alada, in his vote of thanks, expressed gratitude for the visit. While applauding the Service’s devotion towards the growth of Kwara State through revenue generation, he prayed that God will continue to guide them aright.