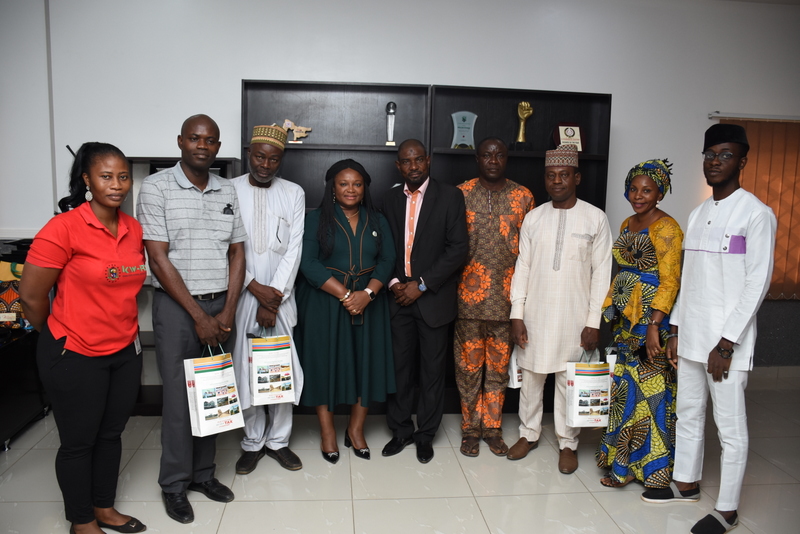 While extending a warm welcome to her guests, Mrs. Omoniyi kept them up-to-date on new trends in Kwara State Internal Revenue Service especially the establishment of new Area offices in various local government areas of the state. This reformation which took effect in January 2020 was solely embarked on to stop leakages of revenue and extend the Service’s coverage to the grassroots.

Tabled at the meeting by the visiting team was the media house’s need for KW-IRS to mediate between them and the state government in their pursuit of the provision of new microwave equipment. Mr. Olanrewaju bemoaned the state of KWTV’s transmitting signal which had been damaged by a thunderstorm.

The Executive Chairman, KW-IRS promised to support them through advocacy for the release of funds already included for KWTV in Kwara State’s budget. She encouraged staff of the KWTV to uphold prudency and accountability as this would help in facilitating the process. She acknowledged the importance of microwave technology, noting that an improved signal would invariably increase the patronage of KWTV.

In his closing remarks, Mr. Oba Yunus Kolawole expressed in-depth gratitude to Mrs. Omoniyi for her attentiveness to the KWTV management team and assured her that her kind gesture of providing advocacy will be well reciprocated. He emphasized KWTV’s willingness to collaborate with KW-IRS in its quest for improved and efficient revenue administration.