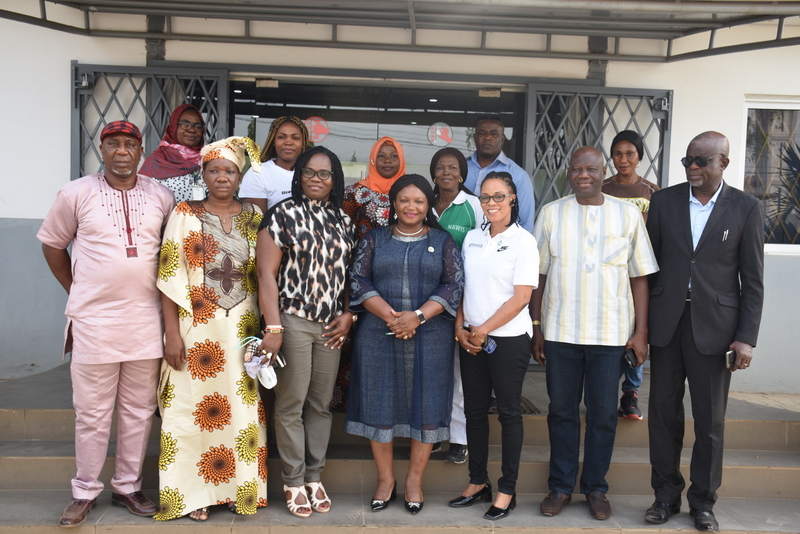 The team made up of some executive members of Kwara State Weightlifters Association, Chief Dr Chioma Ajunwa-Oparah, and Chief (Mrs) Ruth Ogbeifo- Balofi, founder of Ruth Ogbeifo-Balofin Community Project (ROBCOP); visited with the intent of soliciting for the support of the Service, as well as the Kwara State Government in the joint initiative of the Association and ROBCOP to establish a National Weightlifting Centre in Kwara.

Dr. Ajunwa-Oparah, who is the first African woman to win a medal in weightlifting at the Olympic Games, in her remarks reiterated the need for the Service’s support in this laudable project as it will bring more development and awareness to the State which will also be of benefit to Kwarans and other people at large.

Chief (Mrs) Ruth Ogbeifo-Balofin, an indigene of Delta State who grew up in Ilorin, Kwara State expressed her willingness to give back to the society by helping to discover young weightlifters and giving them a chance to be better by providing world-class weight lifting facilities that will help develop their skills.

The KW-IRS EC welcomed and thanked them all for the visit. She expressed her interest in the development of the project and her belief that a National Weightlifting Centre in Kwara will bring exposure to the State and help improve new talents in the weightlifting.