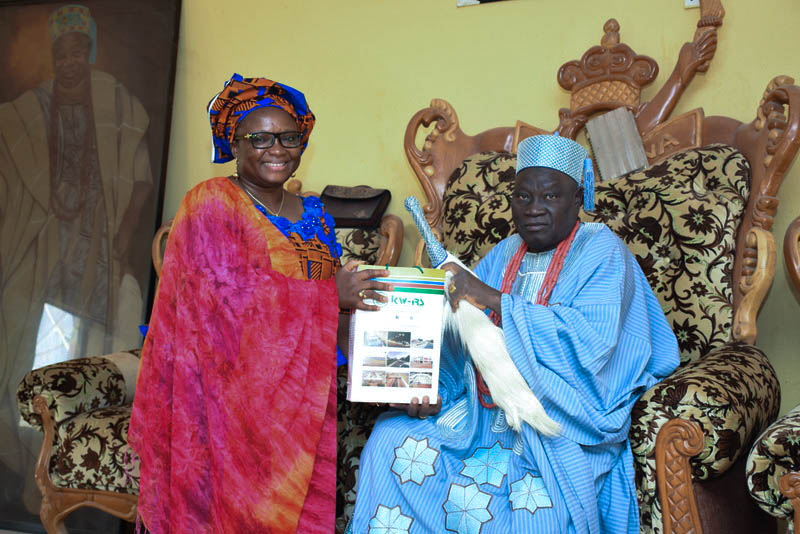 The Executive Chairman, KW-IRS, Shade Omoniyi alongside some staff of the Service made a tour through towns in Kwara South Senatorial District yesterday.

The tour was to pay homage to the traditional rulers within the district and also to solicit more support and continuous cooperation in the revenue drive. The courtesy call started at Ajase Ipo through to Igbaja, Omu-Aran, Ilofa, and Osi.

The tour was also aimed at creating a sort of familiarization with the district heads as new area offices are being instituted within the vicinities.

It was equally a means of reaching people at the grass-root to know their challenges and how their needs can be met which can serve as a means of improvement for the state.

The Executive Chairman also pleaded with the Obas to advise the people on timely renewal of vehicle particulars, change of old plate number to new, prompt payment of land use charge and tenement rate by landowners, and Personal Income Tax (PIT) by marketers and artisans.

She solicited for support and assistance in the Revenue drive in order to have enough funds to support the works and agendas of His Excellency, the Executive Governor ranging from infrastructure development such as the construction of roads, drainages e.t.c. to provisions of social amenities in the State.

She spoke on the redeployment of Staff to each district in order to build a relationship with the citizens and also enhance revenue collections. She explained further that the Revenue collectors are now closer to the people as they are indigenes of each district.