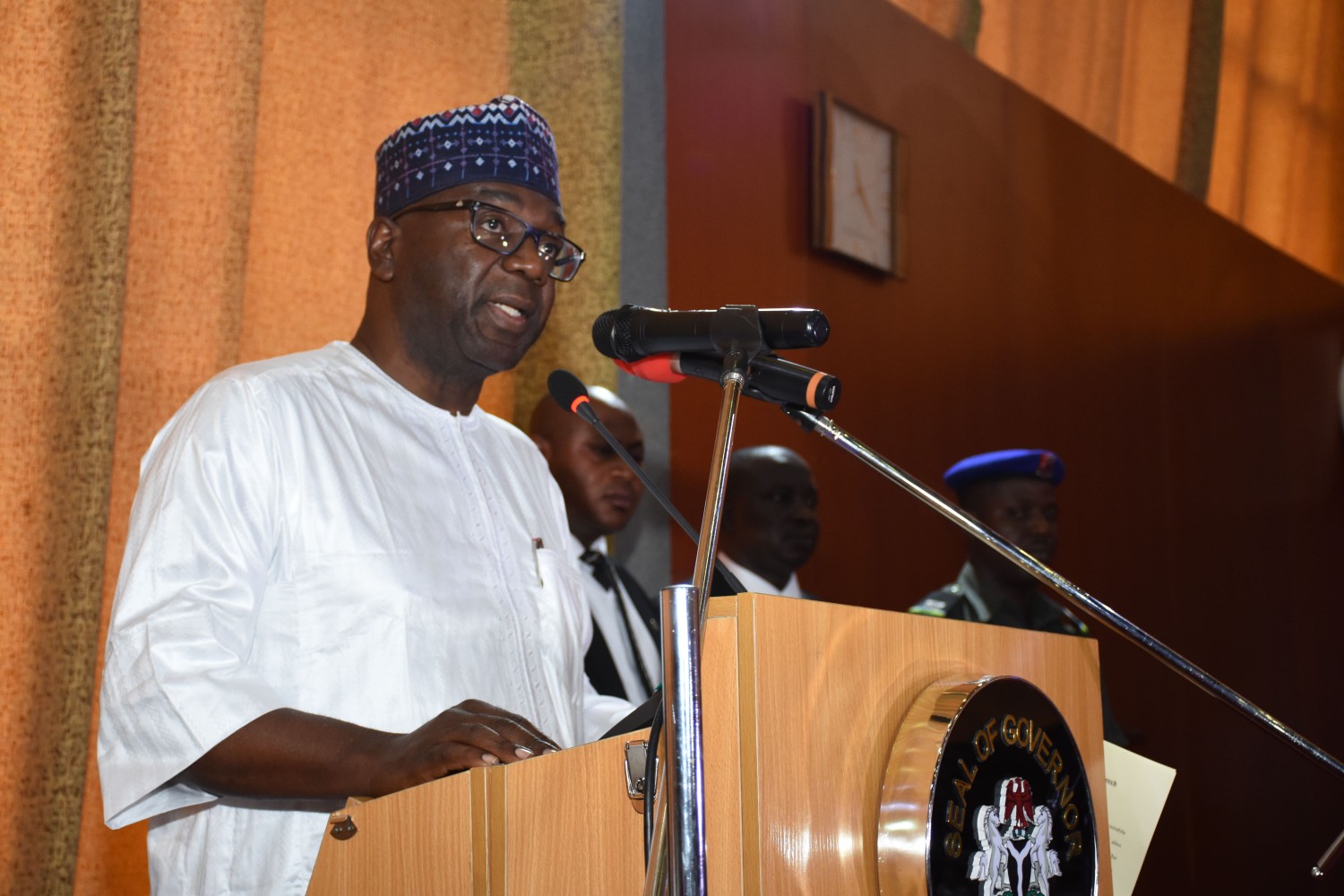 The Executive Chairman, Kwara State Internal Revenue Service (KW-IRS) Mrs. Shade Omoniyi was in attendance at the Hollow Chamber of Kwara State House of Assembly on Wednesday 18th December 2019 during the presentation of the year 2020 Appropriation Bill by the Executive Governor of Kwara State Mallam AbdulRahman AbdulRasaq.

In his opening remarks, Governor AbdulRahman expressed appreciation for the support received from the State’s House of Assembly and Kwarans in general since he took over office in May 2019.

The Governor said the Appropriation Bill he presented to the House of Assembly themed “Budget of Reconstruction and Reformation of Kwara State” detailed roadmaps which his administration will ply in its journey in the next financial year (2020).

Governor AbdulRahman stated that parts of the highlights of the proposed 2020 Appropriation Bill included underlaying assumptions,revenue projections and  sectorial analysis amongst others. He said the proposed Appropriation Bill for the year 2020 is estimated at One Hundred and Sixty-two billion Naira only (N162bn) with 47% budgetted for recurrent expenditure and 53% to be expended on capital expenditure.

Governor AbdulRahman further explained in his presentation that the proposed 2020 budget is a deliberate attempt to invest in the future and growth of the State’s economy through critical infrastructure and human capital development.

He also mentioned that as part of the uniqueness of the proposed year 2020 budget is an opening balance of Seven billion Naira (N7bn) or 4.3% of the budget proposal that was saved by his administration over the last seven months on assumption of office as the Executive Governor of Kwara State.

The Governor said the key highlights of the 2020 budget is the construction of Kwara State Innovative Hub which is aimed to further assist creative minds in the State and prepare them for the 24th century challenges. He stated that his administration also intends to build new production factories, resusitate moribund factories, construct rural and urban roads and also ensure that the renovation of public schools are carried out next year.

Governor AbdulRahman also stated that the proposed budget also caters for expansion of revenue generation of the State through blockage of leakages in order to reduce State’s depence on federal allocation, capacity building for efficiency, training and retraining of school teachers, renovation of hospitals and health care centres, provision of modern and medical laboratory equipments and implementation of the Kwara State Health Insurance Scheme, creation of E-Auditing and E-Governance, implementation of State Social Investment Program to tackle poverty and support small businesses, rehabilitation of court rooms, rehabilitation of sports facilities at the stadium complex, procurement of vehicles for Honourable members of the State House of Assembly, active promotion of culture and tourism, and promotion of agricultural mechanization programmes amongst others.

In his closing address, he re-emphasized that his administration is committed to serve Kwarans and urged the Honourable House of Assembly members to continue to work closely with his administration and ensure the passage of the 2020 Appropriation Bill in due course.

Earlier, the Honourable Speaker, Kwara State House of Assembly, Rt. Hon. Yakubu Saliu Danladi expressed confidence that the 2020 proposed Appropriation Bill presented by Governor AbdulRahman will be implementable, realistic and assured that the Honouable members will work assidiously to ensure the speedy passage of the budget for the benefit of Kwarans. He said he is fully aware that adequate attention will have been given to major sectors of the State’s economy in the Bill in order to ensure that the entire contents of the Bill is implementable and also have direct socio-economic impact on the lives of Kwarans.

Mrs. Omoniyi while speaking with journalists at the end of the budget presentation expressed optimism over the proposed budget sum and its provision by Governor AbdulRahman. She described the Governor as an administrator per excellence and an individual who understands the basic needs of Kwarans and always ready to improve their lives.

She explained that the proposed fiscal plan for the year 2020 as designed by Governor AbdulRahman is an holistic financial measures that will not only bring development to the economy of the State but will also have direct bearing on the lives on Kwarans based on the fact that it has covered and made positive provisions for the major sectors in the State. However, the KW-IRS Chairman appealed to the leadership of the Kwara State House of Assembly and the Honourable members for speedy passage of the Bill in order to meet its’ set targets next year.