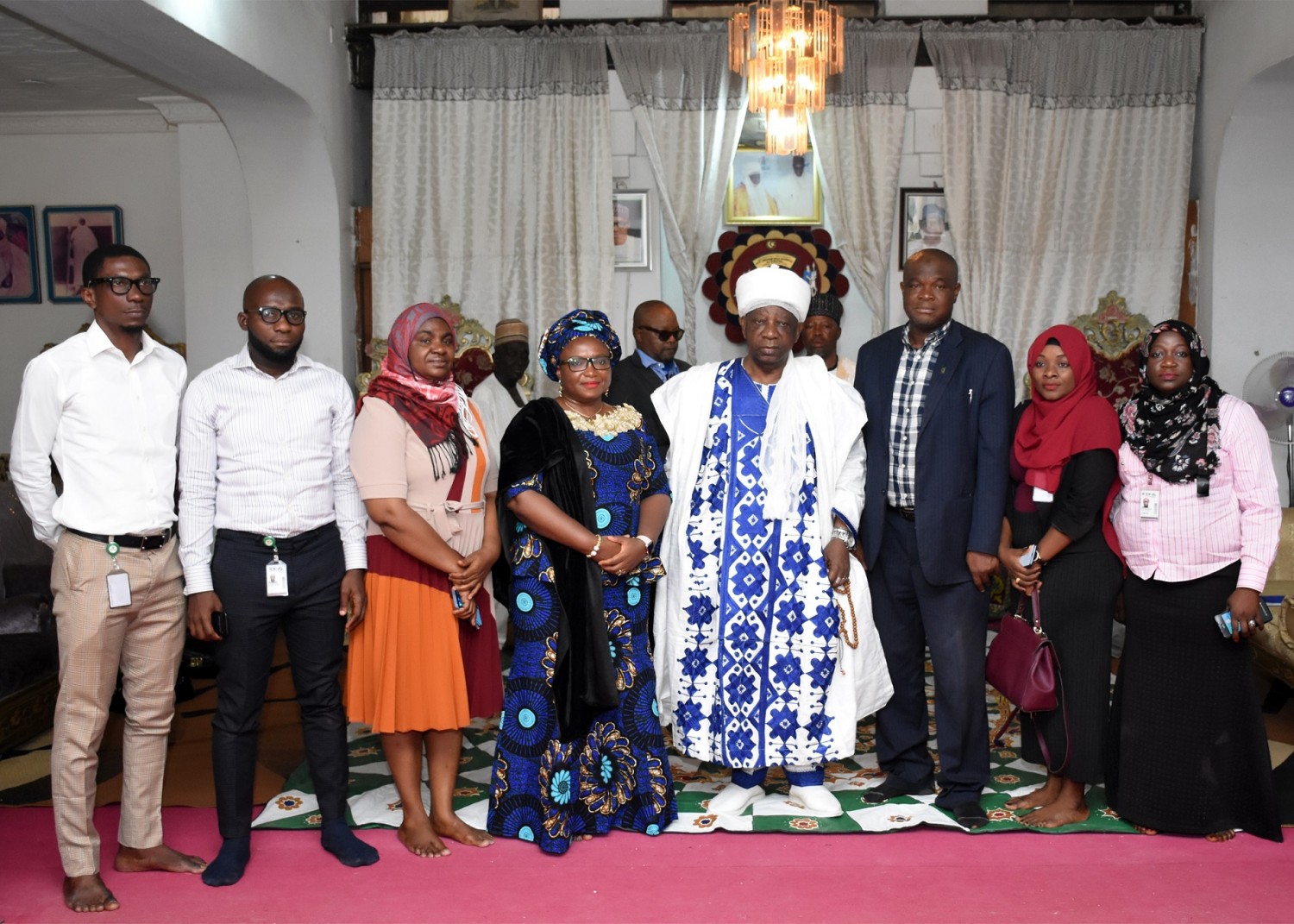 The purpose of the visit was to solicit continuous support of the Emir and the good people of Kwara. While delivering her speech, she accorded the Emir the highest regards and thanked him for his immense support to KW-IRS since inception. She also highlighted that the Service is focused on adding human face in its operations to ensure a tax friendly society. The Executive Chairman also stated that the Service is currently automating its processes which will block leakages, and assist the Government in achieving Social and Economic Growth.

The Emir in his response, thanked her for coming with her team and stated that the Emirate believes so much in the Collection of Revenue for the state due to the fact that the Palace was saddled with the responsibility of collecting revenue for the State in the past. He implored the Executive Chairman to ensure that the Service helps the economy of the state to grow so the citizenry will be gainfully employed which in turn will increase the wealth of the State. In his concluding remarks, he assured the Executive Chairman of his continuous support and contribution to the Development of Kwara State as a whole.

The Executive Chairman alongside some Management Staff expressed their delight with the warmth reception the Emir accorded them and also assured His Eminence that the organization will focus on the major core function of the Service which is Revenue Mobilization.