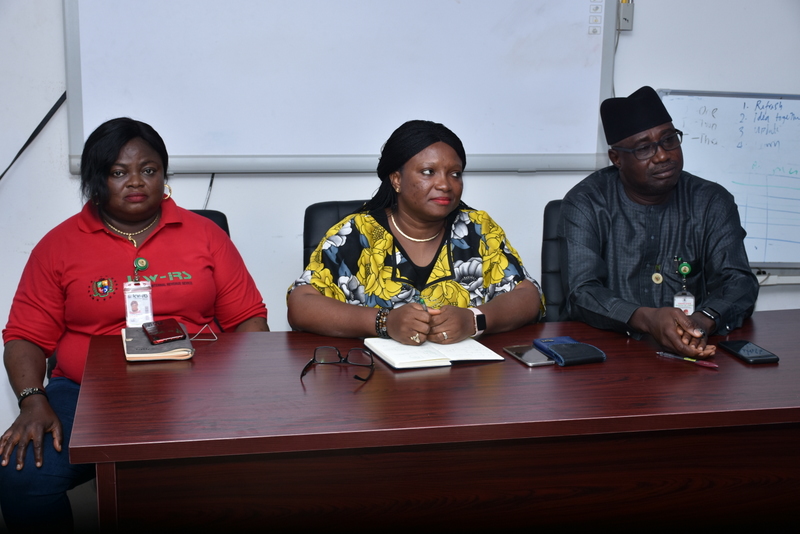 The Chairman, IPMAN while thanking the Executive Chairman for agreeing to see them, also stated that the union’s responsibility is to protect their members while helping to address their problems. He expressed his hope that the new government will look into most of their challenges. In addition, he reminded the Service about its initial agreement with them and intimated the Executive Chairman about the various issues being faced. A plea was also made by Elder Layi Oyetunji, the association’s Vice President, to the new Chairman to make employment opportunities available to their members and their wards.

The Director General, Bureau of Lands, Ibrahim Salman encouraged the IPMAN representatives on the importance of paying their taxes to ensure a system that works. He also emphasised that KW-IRS is the sole entity responsible for collecting revenue for the State Government while it is the onus of the Bureau of Lands to collect all levies on land for the State. He further admonished IPMAN members never to give cash to any tax official but rather to make payment into the State’s Internally Generated Revenue (IGR) account and receive a receipt of payment.

The KW-IRS EC appreciated all the guests and said she has seen an evidence of the initial agreement and all the issues raised had been duly noted. She assured them that things will be put in place. She added that with the Monitoring and Evaluation department working efficiently to investigate all issues, there will be a smooth running of operations.